What to expect in Drupal 10? 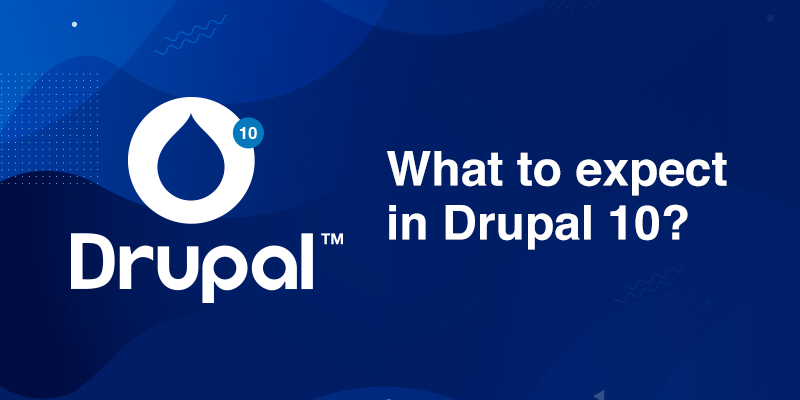 The release of Drupal 10 is just around the corner (the release date for Drupal 10.0. 0 is December 14, 2022), and with it comes a bevy of new features and enhancements. While it's always exciting to see what's new in each new release, there can be a lot of uncertainty about what to expect. In this blog post, we'll take a look at some of the most anticipated changes in Drupal 10. From revamped admin interfaces to performance optimizations, there's something for everyone in this latest release! So what are you waiting for?

Start exploring now and get ready for Drupal 10!

One of the most anticipated changes in Drupal 10 is the new admin interface. The default theme for the administration interface has been completely redesigned, and it looks fantastic! The new interface is much more user-friendly and includes a variety of new features, such as a responsive design, improved accessibility, and a refreshed color palette. In addition, the administration menu has been restructured to be more intuitive and easier to navigate.

Drupal 10 includes a number of performance enhancements that will make your website run faster and smoother. One of the most notable changes is the switch to a new database driver, which improves performance by up to 20%. Other performance optimizations include autoloading of classes, increased caching, and improved JavaScript loading.

Drupal 10 includes a number of security improvements to help keep your website safe and secure. One of the most significant changes is the addition of a new security report, which will help you identify potential security vulnerabilities on your site. Other security enhancements include improved password hashing and salting, as well as a new security setting to prevent clickjacking attacks.

Drupal 10 introduces a new theme engine, Twig, which brings a number of benefits over the previous engine, PHPTemplate. Twig is more secure, faster, and easier to use, making it the perfect choice for building modern Drupal themes. In addition, Twig comes with a variety of built-in functions and filters that make it easy to create powerful and sophisticated themes.

Drupal 10 includes a number of improvements to make the front-end of your website more accessible. One of the most notable changes is the addition of WAI-ARIA landmark roles, which help screen readers navigate your site more easily. Other accessibility enhancements include improved color contrast, focus styles, and keyboard navigation.

The media management system in Drupal 10 has been completely revamped, and it's now easier than ever to upload, manage, and reuse your media files. One of the most exciting changes is the addition of a new media library, which makes it easy to find and use your media files. In addition, the media management system now supports a variety of new file types, such as audio, video, and PDF.

Drupal 10 includes a number of improvements to make life easier for developers. One of the most exciting changes is the addition of a new command-line interface, which makes it easy to manage your Drupal website from the command line. Other developer-friendly changes include improved debugging tools, as well as a new extension system that makes it easy to install and update modules and themes.

With Drupal 10, you get a host of new features and improvements that make it easier to build and manage your website. From the new security report to the improved media management system, Drupal 10 has something for everyone. Get in touch with our Drupal-certified experts for more information. We would be happy to talk to you and help you prepare your site for the future migration.