What The Heck Is Drupal? 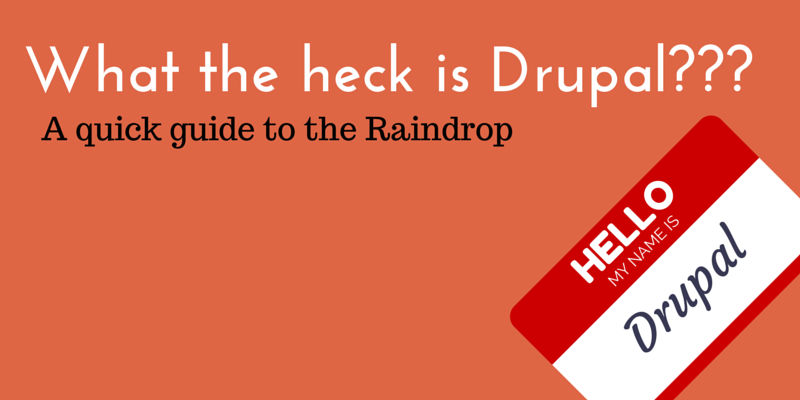 It’s a Monday morning. You walk into your office, sit down with your coffee and get ready to open some emails when the CEO comes to you.

“We need Drupal. And we need it yesterday!”

You put down your coffee and you Google, “What is Drupal?”

The above scenario isn’t that far-fetched. We’ve dealt with several customer’s that have had this exact or a very similar experience. So! We want to help you out a little bit and answer, “What the heck is Drupal???”

Drupal is a type of web CMS – Content Management System. A CMS is an application that “allows publishing, editing and modifying content, organizing, deleting as well as maintenance from a central interface.” (Source). A CMS stores your documents, pictures and data in a central place, allowing you to manage your site from anywhere.

There are three big web CMS players: Drupal, Joomla and Wordpress. Each have their positives and negatives.  We primarily prefer Drupal because…

There are three reasons why we love Drupal: It’s super secure, it’s super adaptable and it has a super community! This community is extremely collaborative and wants to see any Drupal story be a successful one.

Oh, and we’d be remiss not to mention that Drupal is not proprietary; AKA it’s open-source. Thus, a Drupal developer can tweak and program as needed and never have to worry about any red-tape.

What other Drupal facts should I know???

Drupal, pronounced "droo-puhl," derives from the English pronunciation of the Dutch word "druppel," which means "drop." (Source). The current version of Drupal is 7 (Drupal 8 is in Beta). The system is based off of “modules.” You install modules as needed (Example: Feeds Module, Media Module, etc.).

And that’s enough to digest for now. You now have enough knowledge to sound like you know what you're talking about (and knowing is half the battle). We’ll cover more basics of Drupal in this blog, so make sure you subcribe!

In the meantime, check out some of our favorite websites built on Drupal.